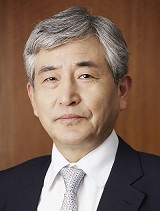 Professor Han was Chairman of the Board of Directors and was a president of Korea transplant society. Now he is a councilor of International Pancreas and Islet Transplant Association(IPITA). He has presented invited papers/lecture at the Congress of the Asian Society of Transplantation and the World Transplant Congress. Professor Han has been involved in a number of clinical trials, and has publicized 411 articles, 18 book chapters, and 2 editor of books.